In the documentary Frozen Kids by filmmaker Cees Franke different men tell about their experiences with sexual abuse in their childhood. You almost never hear or read about men who are the victim of sexual abuse. Director, producer and editor: Cees Franke, Running time: 90, 52 and 30 minutes

Men are often too ashamed to acknowledge their abuse. For men the step to for instance say “I sleep with my mother” seems larger then for girls acknowledging “My father touches me”.

Kay, Julien, Mark and more men share their experiences as victims of sexual abuse in this moving documentary.

Being frozen
The titel ‘Frozen kids’ refers to a state of mind originated during sexual abuse.
Cutting off emotions,’ disappearing’ or ‘becoming someone else’, as it were, are well known survival mechanisms caused by sexual abuse. Many survivors compare it to freezing mentally and physically during the abuse, like you’re not there. The shocking fact in these stories is that this state of mind keeps coming back in the rest of the victims lives. In relationships, friendships and work situations Frozen Kids are mostly not able to act in a assertive manner. They repeat the pattern of being frozen. Outwardly they seem just fine while inwardly victims struggle with setting and maintaining boundaries. Often they also suffer from a lack of self determination and carry the burden of feelings of inadequacy. This can lead to severe mental and physical health problems.

In Frozen Kids a great number of adult men tell about the sexual acts they had to perform against their will. They where [either forced by their father, mother, neighbour, older friend, (sports) teacher or aunt or uncle. Damaged in their development as a child, they have to face and deal with the consequences on a daily basis. Long term effects of child abuse have often been compared to those of incarceration in concentration camps.

Vision
A child has a natural inquisitive mind set. Adults should play a supporting role in this set, in which the child can learn how to set boundaries. Sexual abuse is therefore not standing alone. The educator and social surrounding have a preventing and signaling role. Children should be able to grow up in a safe environment in which their boundaries are respected. An environment in which they can experiment and discover without any permanent damage.

Shocking Testimonies
The film Frozen Kids is a composed of shocking testimonies. Through actual seemingly dispassionate enumeration of events the film submits an appealing testimony of something that’s similar to child murder. In this documentary facts are presented in a non-emotional way in order to avoid sensationalism and to let the facts speak for themselves.
The grown men featured in this documentary have all got one thing in common: they are condemned to a life full of fear and distrust. They still have to face the consequences everyday, “I have said yes way too often when I meant no”.

Mission
Goal of Frozen Kids, the documentary, is to show the disastrous consequences children have to face when their boundaries are exceeded. With this documentary we want to address, create and enlarge awareness of the importance of guarding and respecting (sexual) boundaries; particularly with children.

Goal of the film
By making this film I, Cees Franke, have got a few goals. One important goal is to make the film an education aid. For young people on secondary education as well as studies for social workers. Also for Medicine and Psychology students this film will have a contribution to recognizing and signaling sexual abuse problems.
When there are enough donations, we would like to make an information packet for secondary school and higher education. Cees Franke is available on invitation to give a short intro to the film.
Because of the huge amount of testimonies this film contributes to the processing- and process of acceptance of the victims. Frozen Kids also contributes to the public debate on sexual abuse of boys and men, a till now underexposed group of victims. 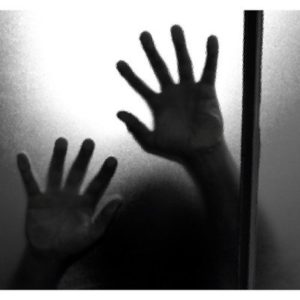